We bullgit are a widespread group of people, from California to India. This is the reason why we need a good working platform, to communicate with each other.

At the beginning of bullgit, nearly one year ago, we started to use tlk.io. Tim had the idea to talk on the codepen channel about CodePen, where we all met. 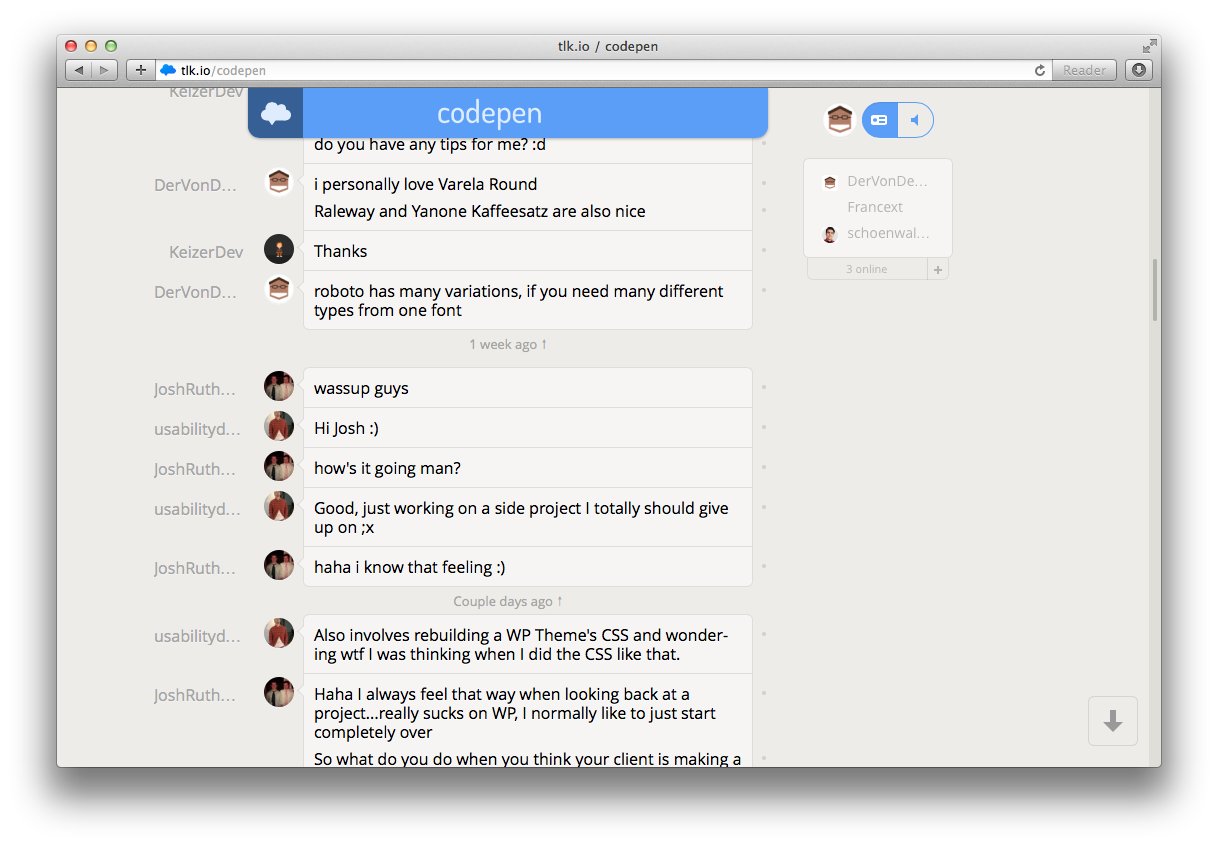 tlk.io is very easy to use, you only have to provide a name. If you want to use an image beside your name, you have to authenticate with Twitter. To style the messages a bit, there was the possibility to use markdown.

The best things about tlk.io were:

After using tlk.io for a while, we wanted to have a private chat, where we can talk privately about bullgit. This was decided, because we didn't want to share our new ideas with the public.
Google Hangout is part of Google+ and it isn't that user friendly. Google Hangout has a mobile app, which is better then tlk.io because of mobile notifications. The not so nice thing is, that the chat on Google+ is as small as the mobile app. 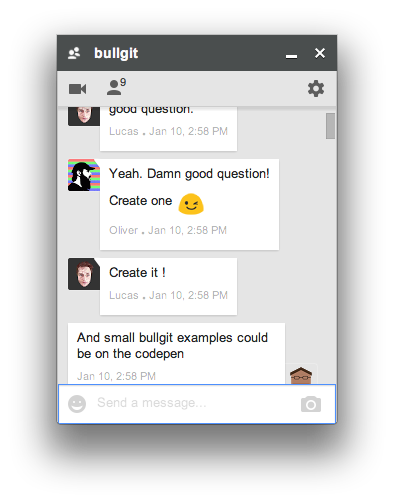 Beside chatting it is also possible to make group video calls for free. This isn't that important anymore, because we have grown in the number of members.

The good parts about hangout:

We are using gitter.im since january. It is after testing with bullgit two different chat platforms the best one. It has a fully responsive webapp like tlk.io, but there are also native apps. Currently there is only an app for OSX, but iOS and Android will also get one. 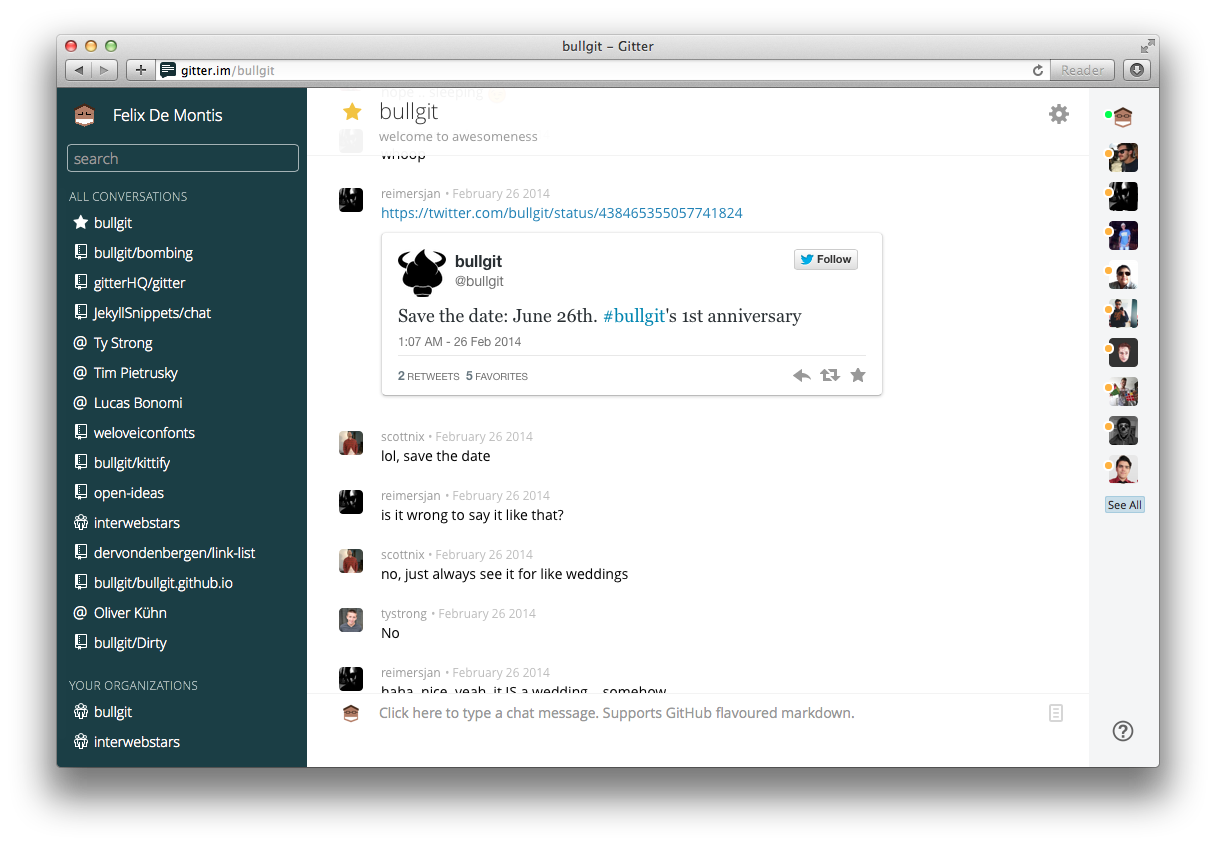 To use gitter, also known as gitchat, you have to authenticate with github. This is necessary because all the room you can chat in are the owned repos. All those rooms are public, if the repo is public and private if the repo is private. Organisations also have a private group chat. As of now, it isn't posible to create custom chat rooms, here are more infos.

A big feature is the integration with Trello, GitHub and many more. We can see, which issues are opened, closed, commented, and also when someone comments on a Trello card.
Some days ago, integration with Bitbucket was added.

To have more beautiful messages we can use markdown like on tlk.io.

There are many ideas of the development team, on how to enhance gitter.

This publication was written as the final paper (VWA) for high school. It describes the process of the development of a website which is responsive and accessible. The main topics discussed in the paper are therefore the optimisation for different end devices and people with disabilities. The rest of the

iOS 8 was brought to everybody only a few days ago. But many people are already downloading it because of one feature: custom keyboards. The ability to exchange the standard keyboard with one from a third-party developer exists since very long time on Android, but now it is finally possible

At my first hackathon I heard much about testing the code while developing it with tools like Jasmine or Mocha. So I looked a bit into it and this is a kind of quick introduction of Jasmine, or at least how I got started while using Node.js. A basic